The unique and authentic candy since 1845 !

The origin of Het Zwolse Balletje(shuis)
In 1845 J. van der Kolk started the production of the Zwolse Balletjes in the ‘steek’ bakery which he installed in the basement of the historic building of a former grocery store. The so called ‘steek’ is the name of a handcrafted candy made from sugar dough. The first black ‘steken’ were made by the baker from cane sugar since there were no sugar beets in the Netherlands at that time. The black cane sugar steek was mainly used to sweeten coffee and tea. After the arrival of sugar (granulated), the steek was called Zwolse Balletje, a balletje is another word for candy. Then they added different kinds of flavors like mocha, cinnamon, vanilla and fruit flavors.

The baking process
The original secret recipe still hasn’t changed and the Zwolse Balletjes are still made in the basement of the Zwolse Balletjeshuis in the traditional way by the bakers. The sugar is being boiled in copper pots over an open fire into sugar dough. This dough is poured upon a water-cooled table, so that it becomes a kneadable mass. This mass must be pulled apart to different dough strips. These bars are then passed through a rolling mill and at the end of a conveyor belt the now cooled down dough will be broken into little pillow shapes.

Zwolse Balletjes are for sale in different packages. For example, in an old-fashioned cone or a modern styled tin. It is also possible to buy Zwolse Balletjes in special packaging as giveaway. It is a tasty and original gift for the ‘Zwollenaren’ and for tourists!

The store still looks the same way as in 1845, when J. van der Kolk began. His name still decorates the monumental building at the Grote Kerkplein 13 in Zwolle. Come to see the building and to taste a delicious Zwolse Balletje!

Hope to see you soon! 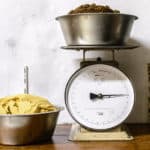 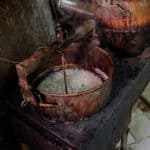 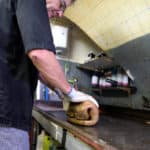 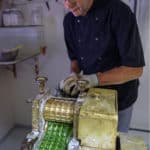 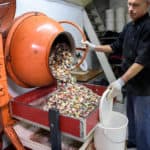 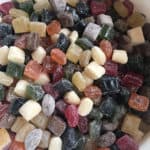 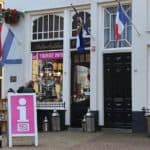 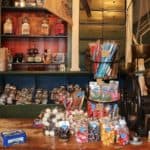 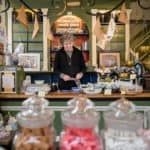 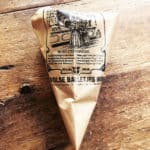 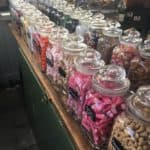 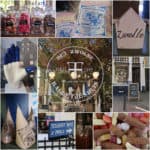